Not on Thursday morning as planned. Oh no. I slept in that day. And. it. was. good. But last night I went to bed at 7.30pm. Yes that’s right. I am a big Nana-pants and I actually went to bed before my children last night. In fact the youngest spied me in bed and I had to barricade myself in and refuse entry otherwise I would have had yet another night of NO sleep.

Thursday night I was pushed out of bed by the three Dutchmen and went to the couch where I thought I might get some sleep. It was not to be so. Apparently my body is exactly the right place to stage an all out cat war if you need to. All night baby-cat was launching attacks on Mollycat and Mollycat was growling like a fucking doberman. It was also the night the heavens opened right over our house. Rain, children and cats – I’m sorry Mummy did you want to sleep? Really?

Anyway, an early bedtime last night proved to be exactly what I needed to leap out of bed this morning to run around the neighbourhood with my two lads – one furry the other on a bike. It was REALLY Good! It was so nice to be running along chattering with my little lad, talking about nothing and everything, him complaining about the cold (He needs ‘glubs’ tomorrow morning) and my knee lasting the distance ok.  – hopefully we will go again. 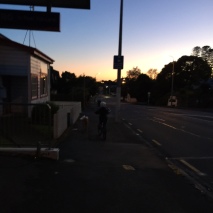 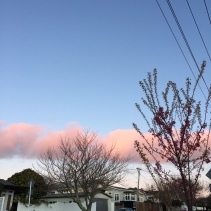 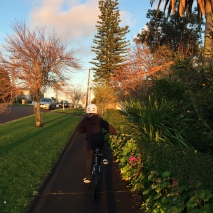 The rest of the day has gone well too. I took the lads plus one to the zoo to meet with a friend and her two little people and we had a lovely stroll following the kids around – what an amazing day! Cold but sunny – Spring is coming! 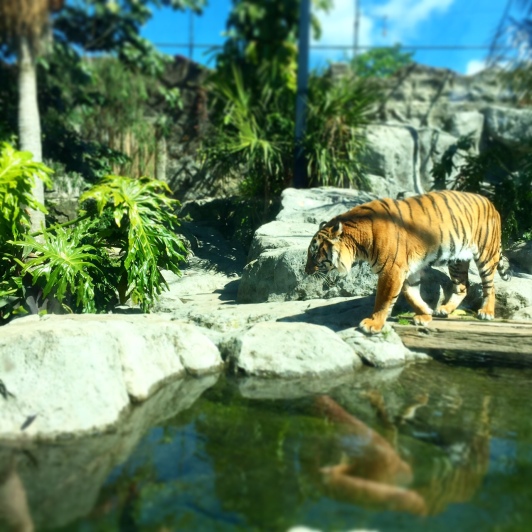 So apart from an emergency trip up to Orewa this evening to see Nana (I got the call that she was threatening to self -harm but she had just run out of chocolate and was panicking – I’ve got to take after someone!) It has been a really good day.

I feel like I am on track for my new short and long term goals. They are a whole new post on their own though, stay tuned…

Tonight I was invited to go with the Deputy Principal to watch one of my Year 12’s give a speech at the Outstanding Student Awards, for those students who have participated in Project K. Project K is a leadership and mentoring program run by the Foundation for Youth Development in Auckland and they provide an incredible service. Of the 7 students from across Auckland who spoke tonight, 3 of them will be selected to go to speak in front of the Governor General at Government house. Lord, did I have the feels.

The students who spoke were so different, from all different backgrounds and came from all ends of Auckland. The one thing they had in common was a need, a potential being wasted, a disengagement with school and their surroundings – for whatever reason. They spoke variously of truanting school because they didn’t ‘see the point’ in school, of not knowing who they were, of suicidal thoughts, of ennui.

All of them so positive now, so engaged, so motivated – one boy now literate and visibly shaking as he read his simple yet powerful speech.

Oh lordy – my eyes were a wee bit leaky.

One of the fundamental aspects of the program is the mentor relationship. The students are assigned a volunteer who is vetted and actively engaged with by the Project K folks and it is that ongoing support and guidance that all of the students spoke of. Having someone there for them, someone to collect them and take them to the gym, someone to talk through their fears and aspirations, someone to be a cheerleader and check in with them at school. The students spoke of these people with such love and gratitude.

Oh and oh my goodness. I was so proud of our grrl – she spoke so articulately about her struggle, she honoured both her culture and her journey to find where she was placed within it, she spoke of her goals and the reality of the challenges she will face – and she spoke of perseverance and support systems and how wonderful her mentor Sheryl is for her.

Such a great night.

And the funny thing was that because Chelsea Sugar are great sponsors of Project K (they even encourage members of their staff to become mentors in the program) they hosted the event and gave goodie bags to peeps who attended. I got given a bag of all different types of sugar! After a week and  half of being sugar-free and having the withdrawal headaches to prove it! Universe! C’mon!

Did you know that I have been awake from 5am until now (and it’s currently 10.30pm). I know this is not a big deal for ‘normals’ but jebus it’s a big deal for me. 4 months ago I would have been asleep at 9 tonight and I would have been exhausted. I would never have been contemplating getting up at 5.30 tomorrow morning to go for a run (only thinking about it mind you). I would never have signed up for a course that started at 7 fucking 30 at night! That’s way late au!

But I’m doing it. And I feel good motherfuckers. This is the thing that I can say when people say ‘SO do you feel any better? Like, it is even WORTH it to not eat food all the time?’ Instead of punching them in the face. Because you know, I’m not violent. Use your words Kathleen. I was talking to a friend over coffee (and, ahem, our TAI’s) this morning. She is currently severely low in iron due to a couple of things and is working on turning it around – but she, like me previously, has always had low iron. I don’t anymore. This is weird for me because I have ALWAYS had low iron. Like, under 10 low. Like ‘How are you even getting out of bed in the morning?!’ low. And the only thing I can attribute my energy levels and new ability to stay up past 5 in the evening is my iron levels – they MUST be up! Yay!

I was told, when I got my Coeliacs diagnosis, that going gluten-free would mean all that stuff that was bothering me (or not in my case because remember I am a ‘silent coeliac’ meaning I have little to no outward symptoms) would disappear. In fact, of course this turned out to be the opposite and I had two years of discomfort, weight gain, really scarily low iron levels and general disappointment in my ‘recovery’. Going gluten-free wasn’t enough for my system to start healing and allowing my ‘villi’ to do their job and absorb all the iron and other shit from my food. But guess what bitches? It seems to be working now!

SO, in some ways it sucks because it backs up the theory that I should keep all the yummy delicious stuff out of my diet for a while – because it’s clearly working BUT it is cool because it reminds me that the suffering (ha ha can you hear the tiny violin?) is worth it. And that maybe I am on the up.

And you know what else? The mindfulness course is really interesting too! It is right up my alley. I feel like a lot of what we talk about is what I would be trying to do instinctively in my every day life but the course is giving me much more elegant and articulate ways to do so. I am a big fan. Mindfulness is very rock and roll.

And on that note, I’m off to practice my power poses. 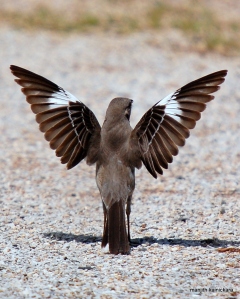